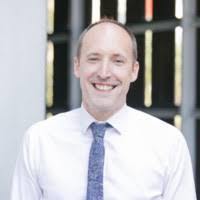 Nick Osborne, CEO of Maritime Academy Trust has been appointed as Interim CEO of Barnsole Primary Trust.  Prior to founding Maritime, Nick was the Executive Head             Teacher of Millennium, Brooklands, and Timbercroft Primary Schools. He is a National Leader of Education.

Under Nick’s leadership, Brooklands went from a ‘Satisfactory’ Ofsted rating to ‘Outstanding’ and became a London Gold School, and Millennium went from ‘Requires               Improvement’ to ‘Outstanding’. All three schools' attainment and progress have accelerated rapidly, with the progress at Millennium and Timbercroft being in the top 3%         nationally.  During the most recent Ofsted inspection his leadership was described as exceptional.

He is currently also a governor on the Transition Board for Featherby Infants & Juniors Schools and is a governor at his son's school, Hustmere School.

Rachelle Stevens - Clerk to the Board of Trustees